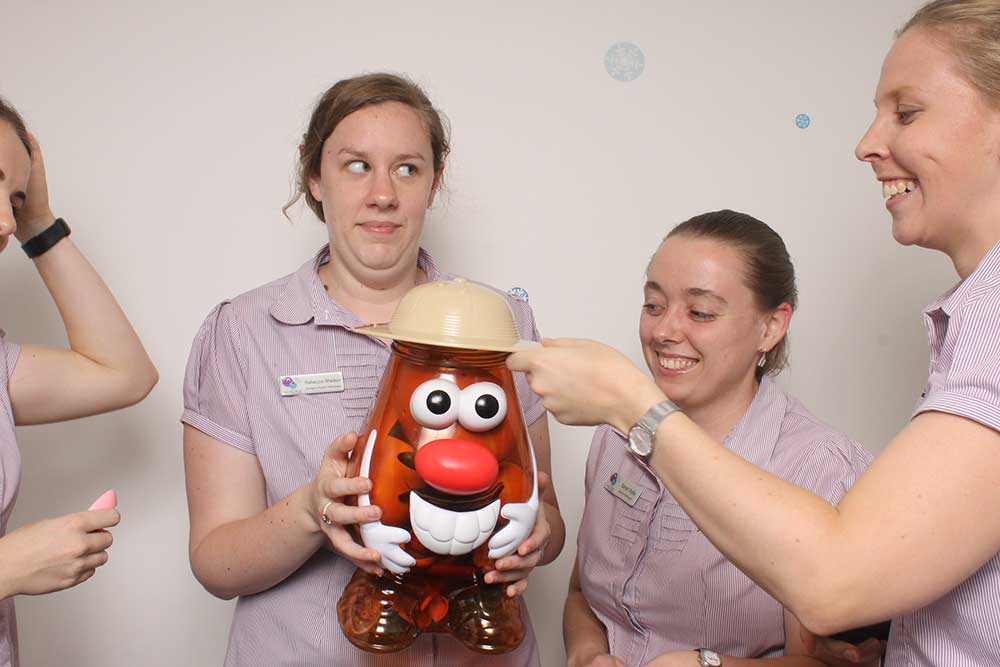 Mr Potato Head toys are a firm family favourite and can be found in many homes, day cares and preschools. Children and adults alike enjoy creating their own unique characters using Mr Potato Head figurines, and this provides a wealth of opportunities for building children’s speech and language skills through play. 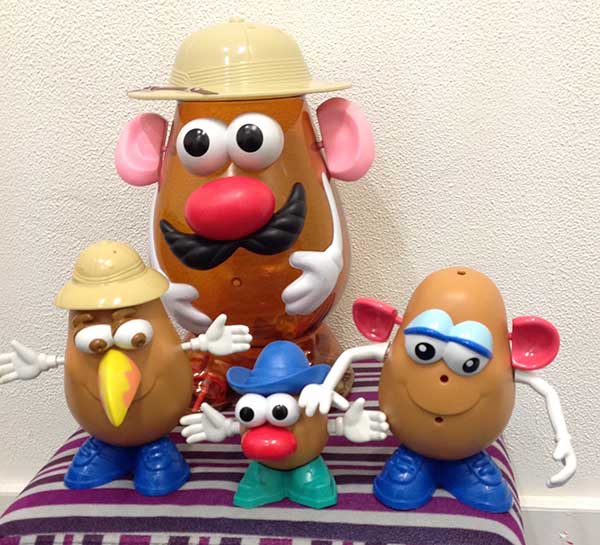 Mr Potato Head toys are a great way to learn about the use and function of different body parts and accessories. To teach your child about the use of objects, have them identify something based on a description about what you use it for. For example, you can ask questions such as “find something you use for smiling (mouth)”, “what do you wear when you go outside? (hat or shoes)”, “what do you smell with?”. For older children, get them to describe what they use their body parts for. For example, “what do you use your arms for?”

Prepositions are words like ‘in’, ‘on’ and ‘under’ that describe location. You can use and model prepositions like ‘in’ and ‘on’ while you are playing with Mr Potato Head. For example, you can get your child to follow instructions like “put his spare shoes in his back” or “put his blue hat on”. You can also play ‘hide-and-seek’ with Mr Potato Head to practice prepositions. Hide some body parts or accessories, have your child find them and then get them to tell you where they were found, for example “his shoes were under the table!” 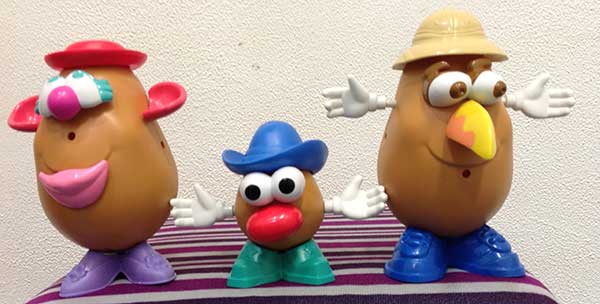 Pronouns are words like ‘he’, ‘she’, ‘his’ and ‘hers’. Potato Head toys come with both male and female accessories, providing opportunities to learn about pronouns in play. If you have a male and female Potato Head, assemble one of each and then have your child give accessories or small toys to the named toy. For example, “she wants this ear!” or “this is his hat”. If you have only one type of Potato Head you can still model pronouns in play, or practice using them by asking “who has?” and “who is?” questions. For example, “who is wearing the hat? He is!” or “whose nose is it? It’s his!”

Following directions is an important part of everyday life, particularly in the classroom. Practice following directions using Mr Potato Head toys by asking your child to sort and find named items, for example “find eyes!” For older children, make these instructions more complex by adding more steps or by using the sequence terms ‘before’ and ‘after’ in your instructions. For example, “find shoes and mouth!”, “before you put his nose in, put his moustache on” or “after you put his arms in, find a hat” 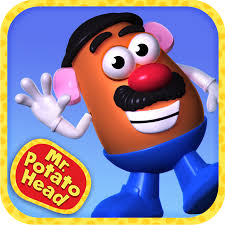 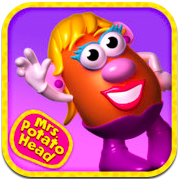